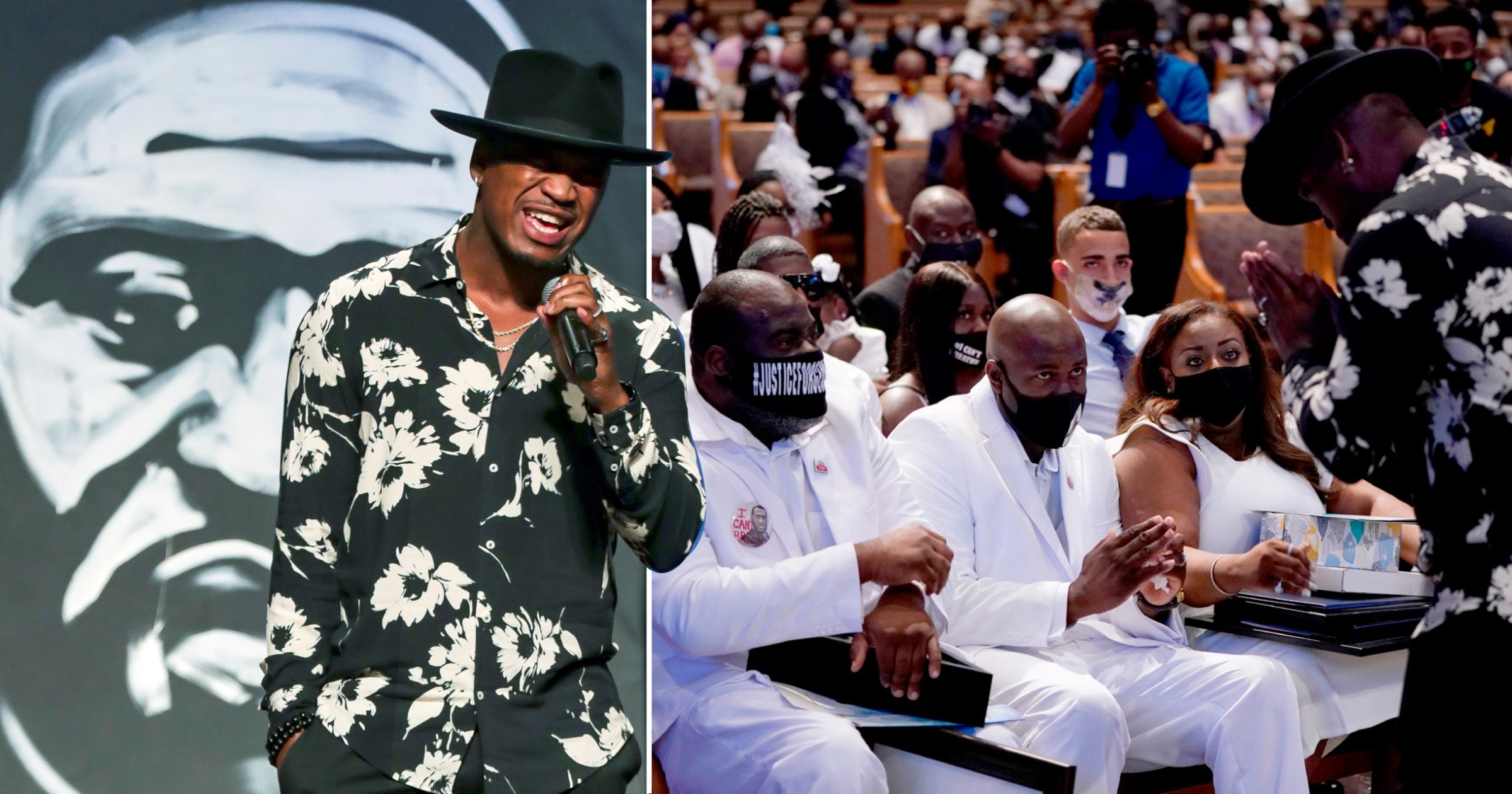 Ne-Yo delivered a moving performance at George Floyd’s funeral, which saw him fighting back tears while overwhelmed with emotion.

The Miss Independent singer is among the celebrities saying farewell to George at his final funeral, taking place at the Fountain of Praise Church in Houston, Texas today (9 June).

Floyd, 46, died on 25 May during a brutal arrest in Minnesota which saw a white police officer kneel on his neck for almost nine minutes despite his pleas that he struggled to breathe.

During the televised funeral service, Ne-Yo took to the stage and said tearfully: ‘50 states are protesting at the same time, this man changed the world. He changed the world for the better.

‘I just want to personally thank George Floyd for the sacrifice so that my kids can be alright later on. I appreciate the sacrifice my brother, I genuinely do.’

The singer-songwriter then proceeded to deliver an acapella performance of Boyz II Men’s single It’s So Hard To Say Goodbye To Yesterday.

At times, Ne-Yo got choked up and had to stop several times to compose himself.

Viewers praised the musician’s performance with one tweeting: ‘Beautiful rendition. I could feel what you were feeling. God Bless!’

Another emotional fan said: ‘I was okay until Ne-Yo started singing. That song always makes me cry.’

‘Ne-Yo busting out in acapella for 4 minutes is everything,’ one moved viewer said.

Applauding the singer for getting through the performance, another agreed: ‘Come on Neyo!! You know it’s real when Neyo is getting choked up with trying to sing man.’

Jamie Foxx and Channing Tatum are among the other celebrities to attend the funeral, which comes after memorials in Minnesota and North Carolina where George lived during his lifetime.

Four police officers have been arrested in George’s death, including Derek Chauvin who was filmed with his knee on the man’s neck and has been charged with second degree murder.

‘We haven’t really got through the first wave’: Dr Hilary Jones warns relaxing coronavirus lockdown is ‘at our peril’

‘If you strip off and flip the bird, you too can be a billionairess’: Piers Morgan rips into ‘talentless’ Kim Kardashian as she lands...

Should you book your cervical smear test now or wait until...

I wish I had been raised without religion