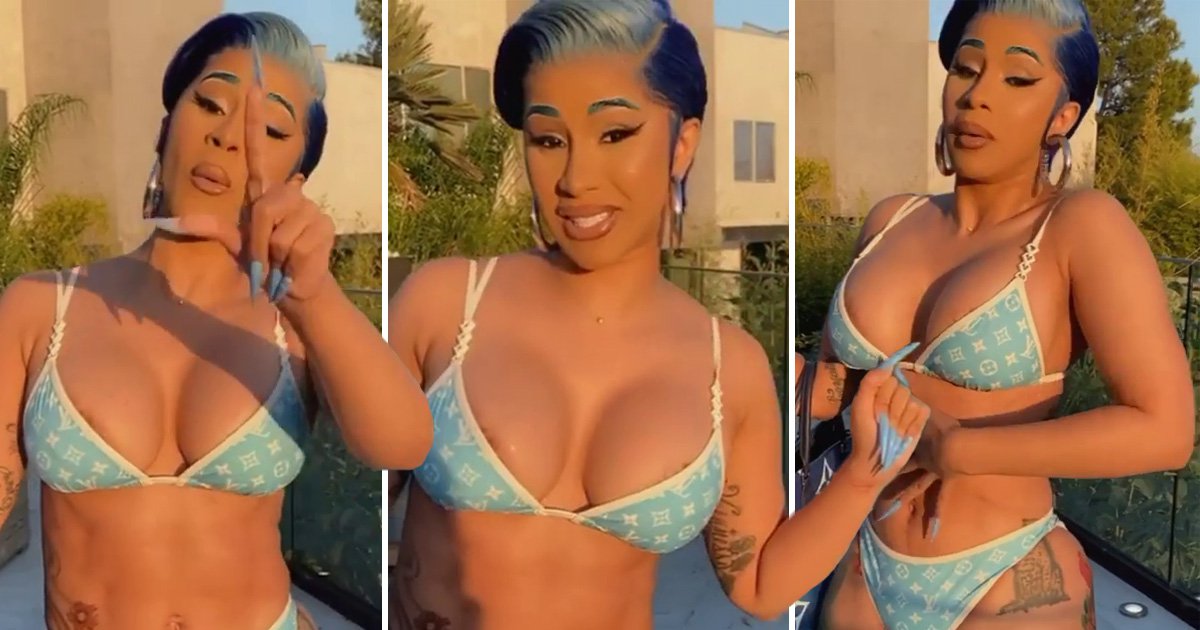 Cardi B has hit back at claims she is homophobic and transphobic just months after revealing she identifies as bisexual.

The Bodak Yellow rapper is married to Migos rapper Offset and they share two-year-old daughter Kulture, but Cardi has said in the past that she is a ‘whole bisexual’ after having relationships with women in the past.

A Twitter user accused of the 27-year-old rapper of being ‘homophobic and transphobic’ prompting her to defend herself.

‘How the f**k am i homophobic or transphobic?have you been to a carribean island where you really see homophobia! Have you dealt with a parent that can’t accept you for your sexuality?i said some ignorant things b4 that apologized for & educated myself on it don’t mean I’m homo [sic],’ Cardi replied.

The Grammy-winning rapper continued: ‘Ya keep using that same 1 video that I apologize for over & over again to call me homophobic & transphobic 1 but never post about the ones where I support the LGBT community which are multiples and the multiple tweets I posted in support [sic].’

Cardi, real name Belcalis Almanzar, then went on to explain how she’s had family members struggle with their sexuality, including her sister Hennessey Carolina.

‘And I don’t support the LGBT community because I have “gay fans” I support because of the confused feelings I had growing up on is it normal to like girls? I support because I know how hard it was for my gay cousin to come out to his very strict Dominican family [sic],’ she said.

‘I support because I know the pain my cousin from my mom side which is a Tran “ have a f****d up relationship with her dad for years ! I support because I seen the transitions & the feelings my glam team having during their time with they body transition & my sister ..

‘Coming out to my mom & dad religious people as gay so before ya make it cool to call me homophobic & transphobic learn what those words mean and research my encouragement to the LGBT community b4 ya mother*****rs even knew who was CardiN [sic].’

Last year, Cardi B defended herself against transphobic and homophobic accusations stating: ‘B***h my sister is gay! My best friends are gay butch women. I’m a whole bisexual so wtf are you talking.’

MORE: Cardi B slams body shamers after she ‘gained a little weight’: ‘A b***h got lipo money’

MORE: Cardi B endures ‘hours of pain’ to get huge peacock tattoo redone after 10 years

Mrs America – cast, time, and is Cate Blanchett’s character based on a real person?

Celebrity Masterchef: Where you’ve seen Phil Daniels before from EastEnders to Chicken Run

‘Home-schooling has been hell’

Coronavirus: Girl, 10, calls on footballers to help in keepy-uppy challenge

Kenny pleased with clarity over play-off